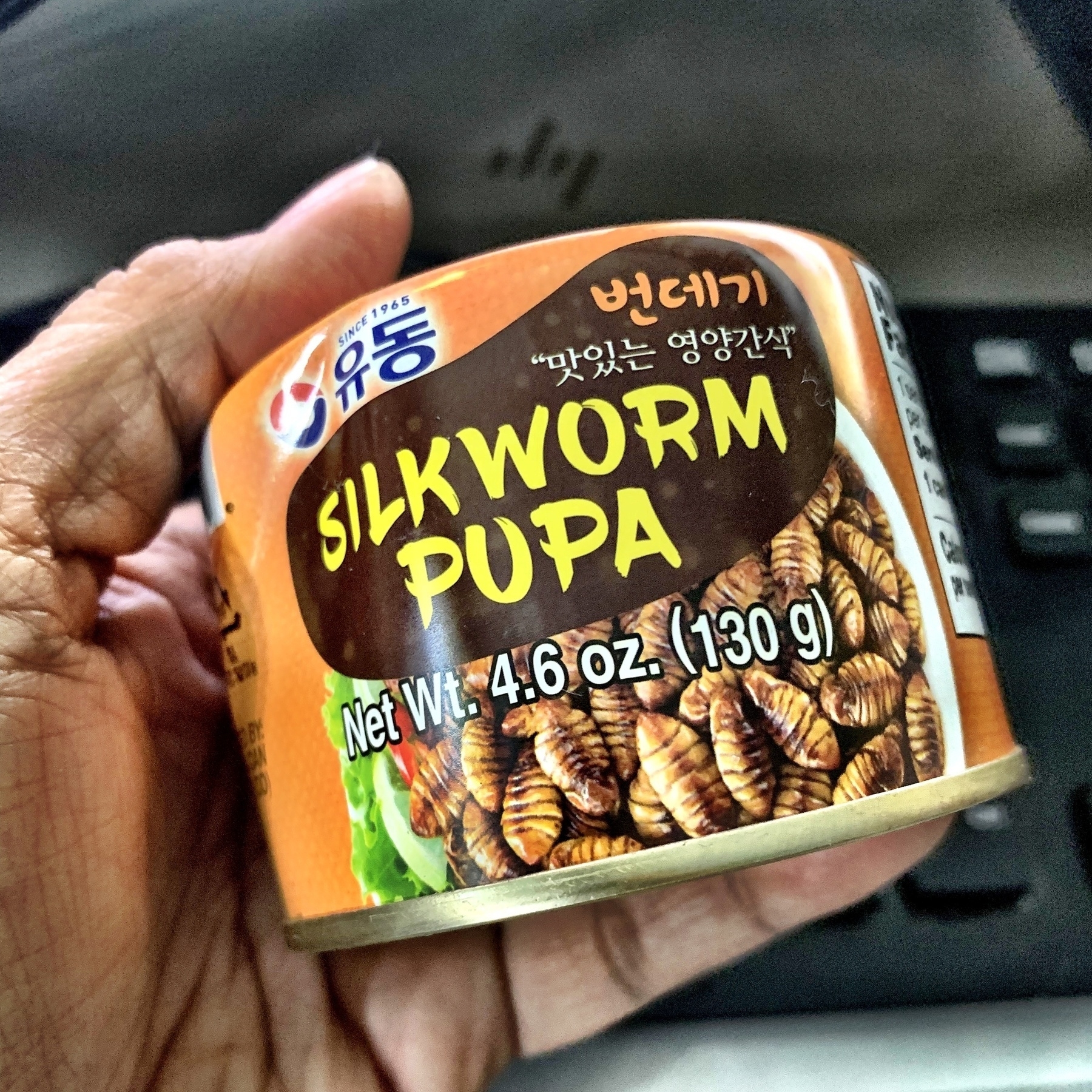 Some parents slip encouraging or affectionate notes into their kids' school lunches.

A few years ago, C began planting weird visual nonsequiturs in Frannie’s lunch bag to amuse her. They’re generally innocuous, though we learned soon enough during an unrelated parent-teacher meeting that things like screwdrivers or other tools that could be used as weapons weren’t a good idea.

Eventually, her friends – and even faculty and staff who sometimes monitored lunchtime – began to look forward to seeing what kind of oddity F inadvertently brought to school. (During another unrelated school meeting, we learned that after a staff member locked eyes with her during lunchtime, F proudly held up the coconut that ended up in her bag.)

Now C and I keep an eye out for unusual groceries to plant in Frannie’s lunches. Supermarkets like H Mart are particularly good for such things; I was especially delighted with C’s silkworm pupa find over the Christmas break, which surfaced in Frannie’s back-to-school lunch yesterday. It now has a place of honor at my home office desk – and no, I have no plans to break open the can’s convenient pop top to give it a try.