I have spent a lifetime trying to fit in wherever I am, and I have never felt as if I succeeded. A lifetime of feeling like an outsider, from my birth family onward, has been a lonely one.

This could be why I am so consumed with the hope that F can find her tribe in high school. Watching her navigate the painful middle school years has dredged up an awful lot of PTSD for me; reading about autistic people’s childhood experiences — many of which have echoed my own early years — has just compounded that.

I sort of transcended social groups back in my day, floating among different ones with some degree of acceptance but never really becoming that entrenched in any one. I was proud of myself for that somehow, as if it proved I was above cliquishness and the need for deep friendships. (I was brought up to believe that I could never trust anyone outside my immediate family, which I have learned the hard way is such a damaging — not to mention warped — mentality.) So why was I so deeply lonely, even despairing at times?

(This experience is echoed throughout the audiobook of Unmasking Autism that I’m working through, which has helped get me thinking so much about all this.)

College was better, I guess, where I became firmly entrenched at the student newspaper. It helped that most of us were working toward a common goal of a news career. But I still couldn’t avoid that outsider feeling there and in other contexts, like the evangelical Christian college dorm where I lived for almost 2 years and felt like the odd one out as a fat, brown, nominally Catholic person.

I never fully shook that outsider feeling through my single years, or even in my married ones. Even and especially now, in a White suburban town outside Chicago — when I once got disdainful looks from the Caucasian stay-at-home moms at F’s kindergarten playground outings as if I was merely a nanny — I get that vibe. And I am very much an outlier, politically speaking at least, at our traditional and orthodox Roman Catholic parish, where some folks will ask the priest how to get out of a COVID vaccination requirement and tell me about all the killings of January 6 rioters by Capitol Police that “the news won’t tell you about.”

I’ve reluctantly accepted my perennial sense of separateness in this world. It helps a bit that I ended up marrying someone who has experienced that same sense of never quite belonging (and admits that he, too, is likely on the spectrum), so it’s kind of a blessing that we belong to one another.

My greatest longing right now is that F has that same sense of belonging with us, too, as her loving weirdo parents. But I also yearn to have her find that beyond us in the wider world.

Random thoughts at the end of a long, exhausting work week:

Don’t run from baseball’s leisurely pace. Embrace it. Teach about it. Market it. … No matter how distracted we are, we know intuitively that there are deep patterns within us and without us, and that happiness is in some way connected to our discovery and contemplation of them.

Hillis’s essay is prompting me to give Josef Pieper’s Leisure: The Basis of Culture another spin.

Quite excited about both of these books arriving today. Adding John XXIII to my saint squad for Lent. 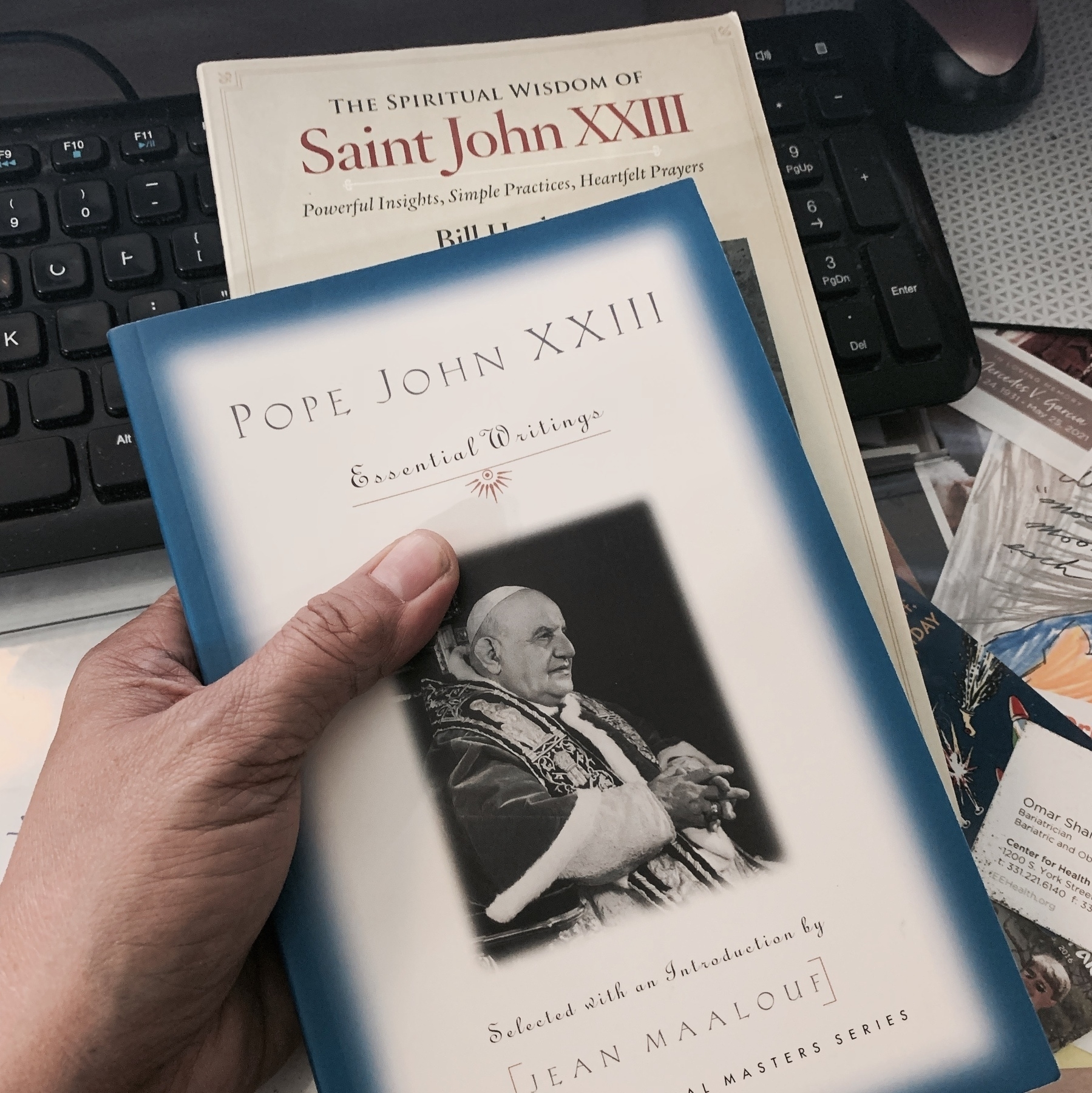 Looking to start logging my book reading (and audiobook listening) more often – largely to encourage myself to keep going rather than set books aside to doomscroll or feed dragons or send Pikmin to fight mushrooms.

This landed in the mailbox today. I’ve already read through most of it and plan to go back and linger over it again.

After catching Anne Helen Petersen’s two interviews with this Native American poet and storyteller, I immediately subscribed to his Substack newsletter and bought this book from someplace other than The Retailer That Shan’t Be Named.

Chris La Tray is a national treasure. Read him. Now.